Clarence House announced the engagement of Prince Harry and the American actress Meghan Markle this Monday. Big congratulations to the Royal couple on this special occasion!

As soon as I heard the news, the first thing I wanted to know about was the details of the engagement ring in particular the cut and size of the diamonds. I must say, when I first saw the ring, I was disappointed, mostly due to the fact that I am not a big fan of trilogy rings. However, my view of the ring has drastically changed after watching the couple’s Royal engagement interview with Mishal Husain of the BBC. 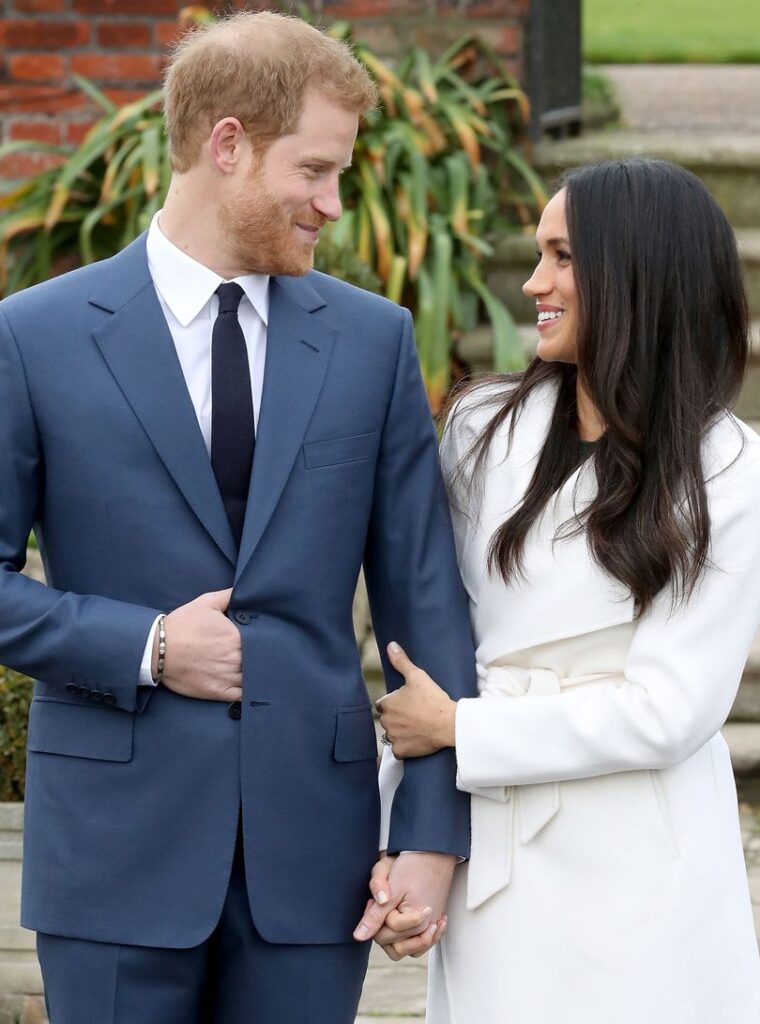 The story of the ring was revealed by Prince Harry during their joint interview. The Royal engagement ring was designed by the Prince himself and made by court jewellers Cleave and Company. The metal used for the band is yellow gold which is Meghan’s favourite Prince Harry explained. Prince Harry went on to explain about the significance of the diamonds, “The main stone itself I sourced from Botswana and the little diamonds on the side are from my mother’s jewellery collection to make sure that she’s with us on this crazy journey together.”

An engagement ring is a piece of jewellery that a woman wears on a daily basis and having it contain such sentimental value is amazing. In the engagement interview the couple revealed that Meghan flew out to meet Prince Harry in Botswana just a few weeks after they met. Having the elongated cushion cut center diamond sourced from Botswana will forever remind them of the beginning of their relationship and that private time they spent together. While the two brilliant cut side diamonds will remind them of the late Princess Diana. This trilogy Royal engagement ring is truly precious, representing the past, present and future. 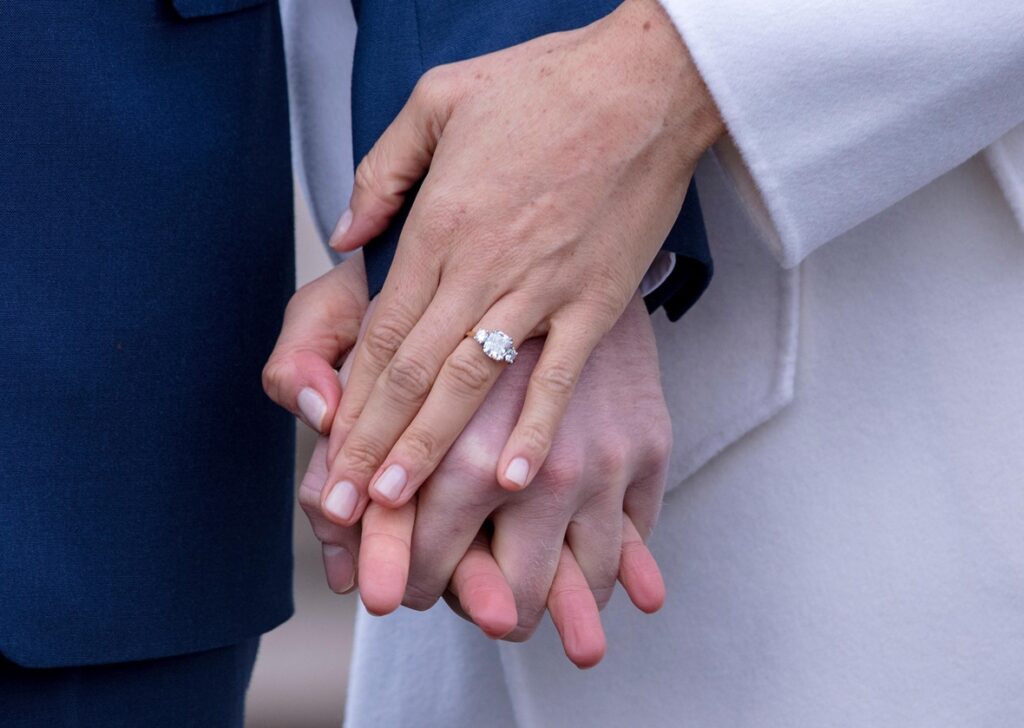 Estimating the exact price of the ring is difficult due to many factors. The exact size of the stones is not known; however, industry professionals estimate the center stone to be a minimum of 3cts-3.5cts and the side stones to be around 0.50cts each. The clarity of diamonds and their colour is also unknown which makes it very difficult to estimate the price of the ring. Nevertheless, Grant Mobley, a gemologist and Director at Pluczenik, one of the world’s leading diamantaires estimates the ring to be worth around £122,500. Of course as the two side diamonds belonged to Princess Diana, the ring price will automatically exceed the estimated price.

While opting for commissioning a bespoke ring is an overwhelming task for any groom to be, it is totally worth it. From our experience, commissioning bespoke rings takes an average of 10 weeks. This indicates that the Royal engagement has been in the cooking since August this year at least.

Our complimentary bespoke service allows you to create a one of a kind piece. Contact us to book an appointment to create your dream engagement ring and wedding band that you will forever hold close to your heart.

For Private Viewing booking or Personal Shopping service drop your number in the box below and we will contact you shortly.